DEADLOCKS
Jeremiah and Charles Chubb first invented the deadlock as we know it today during the early 19 century. Previously the brother’s main work was ship fitting, the rapid urbanization of Europe brought on a crime increase in home burglaries. In 1817 a high profile burglary was carried out at Portsmouth dockyard prompting the government to organize a competition to produce a lock that could only be opened by its own key.

Jeremiah already had an interest in lock engineering inspired by Robert Barron and Joseph Brahma. He began his own design for a four lever lock that if picked or tried with the wrong key would stop working until a separate piece was used to reset the lock. When the model was perfected he presented it to the government and claimed his prize money, at the time this was £100, £10,000 in today’s money. This new locks effectiveness was tested by a convict at the time who was renowned for picking locks. He was offered a free pardon from the government and £100 from Jeremiah Chubb if he could pick the new lock design, after two months of trying he gave up.

By 1820 Charles had seen the expertise in his brother’s engineering and together they founded the Chubb company and set up a factory in Wolverhampton.

Chubb continued to flourish and produce the excellent safes and locks we still see today.

THE MODERN DEADLOCK
The principle of the deadlock design is still to this day the same as the early deadlocks produced by Chubb. Levers within the lock body are lifted by a key which in turn move a deadbolt out of the lock body and into a keep which is situated within the door frame.

The design of the Chubb has been copied by many other companies wanting to produce a deadlock for the market. The security market was huge in the late 19th century, other lock companies quickly made a very good profit and the deadlock became very widely used in commercial buildings and private dwellings.

This prompted new designs with better security for the general public throughout Europe. Crime statistics fell dramatically during this early period due to the deadlock becoming more widespread throughout Europe and the Locksmithing Industry was born.

Today I believe that it’s important to have good security on external doors, combined with a Nightlatch a deadlock fitted by a professional to a wooden door is still one of the best forms of protecting your property from unwanted entry.

WHY IS IT IMPORTANT TO HAVE A GOOD QUALITY DEADLOCK?
Because quite simply an opportunist thief will usually move on to the next door once he’s discovered that your door is protected by a good quality Deadlock.

OTHER FORMS OF THE DEADLOCK
The modern deadlock comes in a variety of forms. The Sashlock is commonly used throughout the UK on wooden doors. The Sashlock in principle is the same as a Deadlock, however, the Sashlock uses a latch as well as the Deadbolt. The latch is operated by a set of handles and keeps the door closed without having to lock the Deadbolt.

ESCAPE DEADLOCKS
These are again the same principle as the deadlock however on the internal side of the door a lever is fitted which when used can lock or unlock the deadlock without having to use a key. These are mainly fitted to communal doors where escape needs to be made without having to find a key. Meaning no one can be locked inside.

DEADLOCKS FOR INTERNAL DOORS
Most Deadlocks for internal doors have 2 or 3 levers as opposed to 5 levers. This is so the deadlock case can be manufactured with the body of the lock being of smaller thickness, so it can be fitted into the thinner internal door. They come in a variety of sizes and finishes to suit different circumstances where a lock is required.

BATHROOM DEADLOCKS
Bathroom Deadlocks are designed in a way that can be locked from the inside but not from the outside sometimes showing that the room is occupied. These come as Deadlocks or Sashlocks and can be integrated to use the handle to lock the door.

RIM DEADLOCKS
Rim Deadlocks are designed to fit doors where conventional deadlocks will not fit because the door is to thin. A conventional Deadlock can only be fitted to doors that are at least 35mm in thickness.

Mainly found on older doors that belong to builders that are under the rule of listed buildings.

They are also fitted to garden gates in a lot of circumstances. 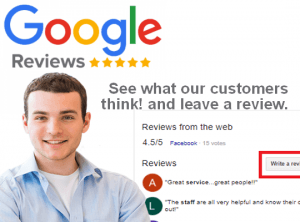 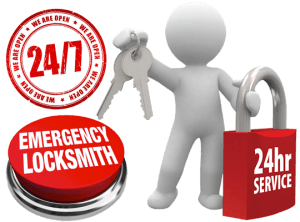